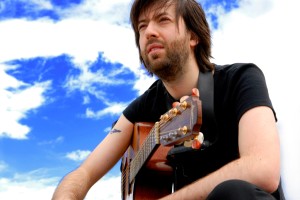 Jon Gomm is a British singer-songwriter and performer who uses a single acoustic guitar to create drum sounds, bass lines and melodies simultaneously.

In January 2012, Gomm was lifted from virtual obscurity by a single tweet from British comedian Stephen Fry. After viewing Gomm’s “Passionflower” video on YouTube, Fry tweeted the song’s link and the word “Wow” to his 4million followers. The video went viral accumulating over 2million views in a matter of days.

During his performances Gomm not only retunes his acoustic guitar to achieve synthesizer-like effects while playing but also hits different parts of it to make snare drum, bass drum and bongo sounds. Many of those who have viewed his YouTube clip or have seen him live are astonished that so many sounds can come from just one instrument at the same time.

Recently we worked with Jon to help resolve issues in his home studio in Leeds. Like many artists who are working in a small, boxy space, Jon experienced problems with low frequencies in his room. Jon picks up the story – “My room is a box.  It’s horribly boomy in the low mids, around 200Hz.  And one wall is pretty much entirely double-glazed window, so there’s a nasty treble bounce as well. It’s awful, basically!  But it’s all I’ve got.”  Jon came to us after trying a variety different of acoustic treatment solutions such as installing foam panels and heavy curtains which actually created more unwanted boominess. Another issue with Jon’s space was not only the small size, but the room doubles as a guest and utility room. 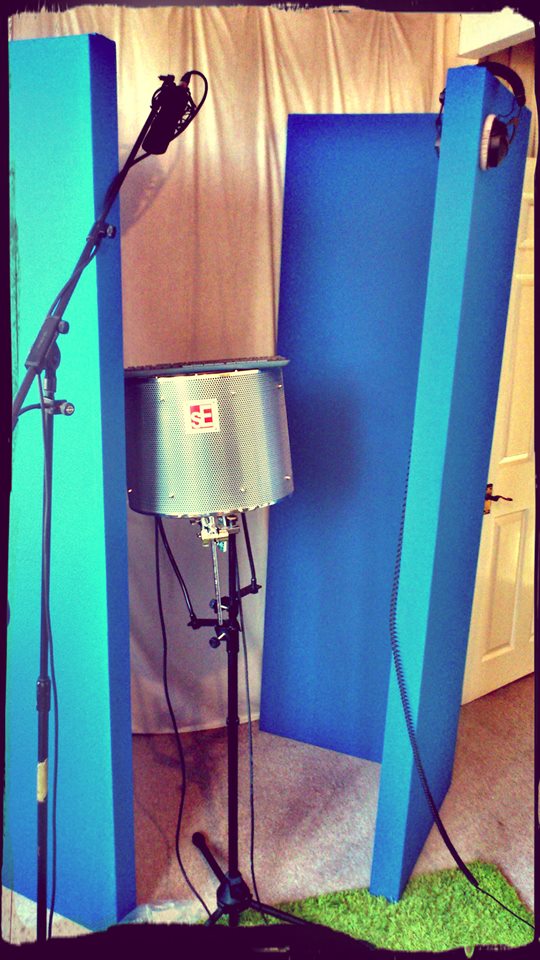 We created a custom design of our popular Screen Panels – a solution that didn’t take up the limited space available and allowed the room to be multifunctional. The results were instant and massively effective. As Jon explains, “It’s transformed the way I work, and transformed the sound of my recordings. And because I can reposition it easily, I can use it when I’m playing guitar which takes up more room, and close it tighter when I’m singing. Plus I’ll be able to take it with me when I move house! It’s amazing the difference it makes, the dry recordings sound like they are in a perfectly treated space. And it even works with really loud sources, like a mic’d amp or a saxophone.”

Jon’s new album ‘Secrets Nobody Keeps‘ is out on November 25th 2013 and can be preordered from www.jongomm.com. Every note of every instrument and voice was recorded from inside Jon’s custom GIK Screen Panel!

Gomm is a truly independent artist, with his own label and no mainstream industry support, but using mostly online social networks for promotion, he has defied the odds with a huge, truly supportive fanbase resulting in tour bookings from Australia, Canada and the US to Poland and Estonia. His debut CD Hypertension has sold over 50,000 copies at the time of writing, and his latest CD Don’t Panic sold out within 3 days of appearing on Amazon. His videos are watched tens of thousands of times within hours of appearing on YouTube. He is currently releasing a series of Pay What You Want singles, with a new album planned for 2013.  Visit his official website for downloads, tour info and more.

We caught up with the virtuoso at his home in Leeds to ask a few questions.

GIK: I’m sure you’re asked this all the time, but how on earth do you get all those sounds out of one instrument? 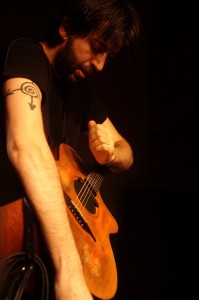 JG: I hit it! Ha ha! Seriously, a lot of the techniques I use are very old, very traditional but fell out of favour for a long time. For example, the retuning thing, where I play a string and then bend it with the tuning peg, is an old banjo trick, invented by Earl Scruggs in the 1950s. I just have a lot of influences, so you might hear techniques from heavy metal, flamenco, new age acoustic and jazz in the same song!

GIK: You produce and release your albums and singles on your own label. Between songwriting, recording, touring, promoting, etc… that’s a lot to juggle. How do you make the mental transition?

JG: It’s hard. When on tour, I don’t do much of the label stuff. When at home, I split time between making music, which is one kind of work, and managing the label, which is another kind of work, and try to keep them separate and make them both as fun as possible. I enjoy them both, but being self-employed with two jobs is exhausting!

GIK: You’re in the process of setting up a home studio in Leeds. As a solo artist, what’s the most important part of your recording process?

JG: Being comfortable in your environment, having a good instrument to work with, or at least knowing how to work with the instrument you’ve got. Gear is so secondary to all that!

GIK: How has GIK Acoustics helped with your home studio?

JG: For me it’s a dramatic change! My room is quite small, and boxy, with a big window. Acoustically it’s awful. I spent a LONG time trying to treat the walls, and dampened certain frequencies but that just made the remaining frequencies seem worse. And my guitar produces LOTS of frequencies, and I’m using it so percussively so it’s a bouncy acoustic nightmare. So I went over to GIK, and they had these freestanding panels. So rather than treating the whole room, I just treat myself, the sound source. It’s like I’ve got a little pseudo-vocal-booth, which I can put around me when I’m playing, and point the mic at, and the sound is perfect now, better than a booth in fact. Plus I can move the [screen] panels so easily for other stuff, or just fold them up and put them away!

GIK: What sort of advice or tips you would offer to up-and-coming recording artists or songwriters?

JG: Don’t be afraid to learn as you go. Don’t wait to learn everything, or even learn anything – just START!

You can keep up with Jon Gomm via his Facebook page HERE or his Blog HERE.