TONEAudio Magazine forges the link between music and high quality audio reproduction with a 50/50 balance between the two. Publisher Jeff Dorgay had his sights set on creating a magazine that went beyond mega-geeky tech reviews. He wanted to express the lifestyle of an audio enthusiast. And TONEAudio conveys Jeff’s enthusiasm with a lot of fun and flair.

Jeff has also been a long time supporter of GIK Acoustics. His listening rooms are treated with our Tri-Trap Corner Bass Traps, Monster Bass Traps and 244 Bass Traps. He is a firm believer in properly treating your space in order to get the best out of your equipment and recordings.

We sat down with Jeff to talk about his magazine, the hifi world and acoustic treatments.

1. the state or condition of an audiophile.
2. the state of one who listens to high-fidelity equipment solely for the quality of reproduction.

GIK: In your words, what makes an Audiophile?

JD:That’s a tough question, because I don’t consider myself one. Ironic that I publish a hifi magazine!

But seriously, I like the word “enthusiast” much better. Whenever I think of “audiophiles” I think of grumpy, slightly overweight, balding, bearded guys that sit in a dark room listening to Diana Krall, agonizing over minutiae. What I’ve seen in 12 years of audio writing is that the audiophile moniker seems to have too many connotations, as if once someone is labeled and audiophile, they become this wonky, quirky person who doesn’t really love music. And spends too much time adjusting VTA or arguing the merits of DSD vs. 24/192. Not my cup of tea at all.

GIK: How did your journey begin?

JD: When I was 13 years old. My pal, Todd across the street was 17, and had a real job. The first thing he bought was a cool stereo, and by the time he was about 19, had a pair of Phase Linear 400 amplifiers driving four ESS AMT-1 towers. (and I ended up buying one of those amps and pairs of ESS speakers when he moved to a pair of Magnepans)

Todd ended up working at a radio station as an engineer and he was kind enough to explain things to the crazy kid across the street, igniting a fire that continues to this day. I’ve always loved music, of as wide a range as possible, but always loved technology too, so trying to achieve a better system to hear more of what is on the record has always gone hand in hand.

But being an automotive enthusiast as well, I understand the obsession with performance. However after 40+ years in this game I have found the need for balance. Sometimes it’s just fun to take the car out for a drive and sometimes it’s wonderful to just listen to your hifi system without analyzing it, or trying to make it better. Not everyone can do that.

GIK: A lot of audiophiles are (in a delicate term) mature. What do you see as the future of audiophilia and attracting a younger audience?

JD: I think those of us my age and older need to drop the dogmatic attitude. It needs to be more fun and more inclusive. Personally, I don’t care what you’re listening to music on, or what format your software is, as long as it enhances your life and brings you some joy.

And, we have to stop playing all that dreadful, tired music at hifi shows! Yikes, I’m a newcomer and I’ve been hearing the same 10 tracks for the last 12 years now. If we are going to embrace a new audience, it has to be on their terms with their music. I think the headphone thing has done a little bit to bridge the gap, but I think that personal fidelity is a completely different listener, a different genre, that has the same age brackets as traditional hifi.

It’s going to be a tougher sell to that crowd because they have so many more fun things to occupy their time. When I was a kid there weren’t that many things to do, so music was easier to grab our attention.

Most of all, we have to make it fun. When I was 20, I certainly didn’t want to listen to a bunch of old dudes telling me what to listen to, how or why, and that my music was shit and their music is awesome. Boring.

GIK: How do room acoustics play a part in your listening room? Why are they valuable in your space?

JD: Even back in the early 80s when I was using Acoustat 2+2s, I saw how much of a difference just working on the rear radiation and first reflection points in my room, so I’ve always been a believer.

About seven years ago, I was investigating some, shall we say “proprietary and expensive (cough, cough)” room solutions that didn’t really turn my crank. I ran into Glenn at RMAF and he was making great sound with a modest system and minimal room treatments. I have been using GIK products ever since and with excellent result.

The GIK treatments are invaluable in my two listening spaces because they allow me to better hear and evaluate what the components I’m reviewing are doing. They also make for more pleasant listening overall. With GIK in the room, I hear more music all the time.

GIK: Thank you for that shameless plug, Jeff. Final question, what advice do you have for someone who’s just getting into hi-fidelity and is becoming an audiophile?

You don’t have to be strictly a “music” person or a “gear” person, or an “audiophile.” Just enjoy the journey and see where it takes you. For my money the best system you can buy is the one that gets you listening to music as much as possible. That could be a Bose Wave Radio, that could be a million dollar system. Or somewhere in-between. 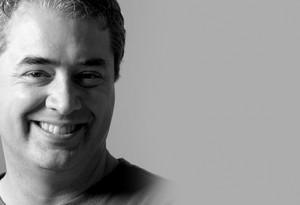 I’m Jeff Dorgay and I publish TONEAudio Magazine. A lifelong music and hifi lover, I began my audio journey with a noisy tube amplifier I built in electronics class when I was 13, an old Sony Reel to Reel deck and a pair of AR7 speakers. A few weeks later, I bought a Technics SL1200 and began signing up for the Columbia House Record and Tape club under multiple fake names to get as many records as possible as quickly as possible.

A professional photographer since age 20, I started writing in 1999, when Digital Output magazine featured my automotive photography on their cover and the editor asked me if I’d like to write about digital cameras. Three years later, I was writing full time, with my work appearing in 16 magazines monthly, including C-net, The Robb Report and Macworld. That’s when the light bulb went off to write about hifi and I was hired by Robert Harley to work for The Absolute Sound, where my first review appeared in the fall of 2003.

I wanted to get my hands on bigger projects, so TONEAudio was born. We launched at RMAF in 2005 with a 55 page magazine, and there’s been no turning back. My goal has always been to publish a magazine that put equal emphasis on music as well as hifi and I think ten years later, we’ve accomplished that. Much like Porsche’s 911, our motto is constant refinement. We’re always trying to make TONE a more interesting, more engaging magazine to read. I think our reader and advertiser loyalty has proven we are on the right track.

And after 10 years, we are finally going to print this fall. It’s a pretty exciting time and we look forward to sharing it with our readers at RMAF this year.