Thomas Johansen is a producer, mixer, songwriter and performer with over 20 years of experience in the music industry. He runs Elastic Studios, a recording studio just outside of Washington, DC, and Pro Music Consultants, providing specialist studio design advice and installation as well as audio technology instruction. 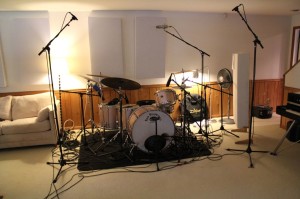 Thomas has been working with some of the top names in Indie Rock, Folk, Pop and R’n’B including: Kevin Lyttle, Ricardo Da Force, Jack Rubinacci, The Paperboats and Angus and Julia Stone.

Be sure to check out the mini-doc Surviving The Flood featuring The Paperboats on Thomas’ website. It’s a great look at the producing and recording processes.