Diffusion is often a misunderstood concept in the audio field; so what is diffusion exactly and how does diffusion work? According to Webster, there are several definitions which relate to various fields. Let’s take a look at the generic definition and one more audio related.

Diffusion, in audio, or known as sound diffusion, is the scattering of sound waves, reducing the sense of localization. Here, we will be talking specifically about the diffusion of sound using diffusion panels  and acoustic diffuser placement.

Those two definitions may seem to be very different but they really aren’t. If we think of a series of sound waves bouncing off of a wall, they’re concentrated and moving in the same direction at the same time. The reflections off of the wall will come back to the listener at approximately the same time and from approximately the same direction. The ‘concentration’ is still intact in the spatial and time domains.

Now, if we introduce a sound diffusor (also spelled as diffuser) onto that flat surface and we generate the same sound waves, what happens? Most people would say that we are scattering the sound in other directions rather than in the directly reflected path. This is true, but is not the whole story. A good diffusor not only changes the reflections to propagate in different directions, but does so EVENLY in all directions. Just splitting a wave to go into 2 directions doesn’t do enough. We’ve effectively changed the concentration of the waves in a certain portion of the room. We’ve also effectively taken the intensity of the initial wavefront and split it among the various reflections so that each one is not only coming from a different direction, but each is also weaker and harder to distinguish but we’ve lost no energy in the process. 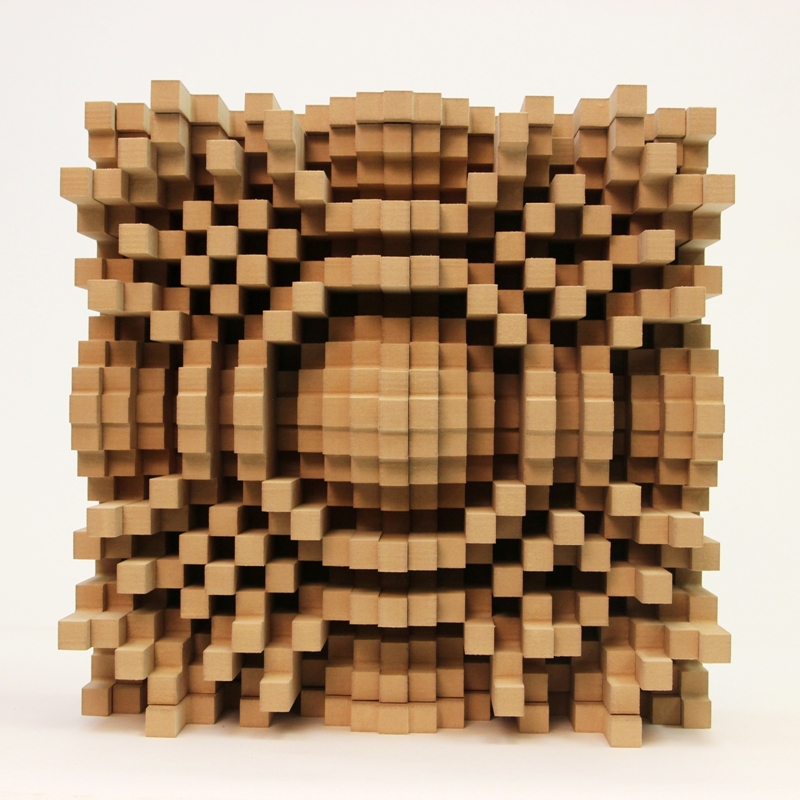 A proper diffusor also impacts the time domain. If we have the same wave and it gets reflected into multiple directions evenly, the length of the path the various waves must take to reach the listener also changes. In the world of sound, distance is time. For ease, we can say that 1 foot equals approximately 1ms of time. So, if we’ve changed the path into say 8 different paths (in reality, there are many paths but we’ll look at 8 just for ease of understanding), each one ideally with have a different path, which means that they’ll arrive at 8 different times. Again, we’re diluting the concentration of sound but this time in the time domain instead of spatially. In addition, these different path lengths cause differences in the number of reflections and the amount of air the wave passes through which will cause each reflection to have a different intensity (more dilution in yet another domain – intensity).

So, now we have 8 reflections that have been changed and are all different in 3 domains – time, direction, and intensity. This makes it much more difficult for our ears and brain to determine exactly where the sound is coming from. This fits perfectly the definition of a lack of localization. The net result of this is that we trick our brain into thinking the room is larger than what it is and yielding a more spacious sound.

Common Myths about How Diffusion Works

There are a great many myths about ‘home brew’ ways to provide audio diffusion. Most do not work at all and many work poorly or only over a very narrow range of frequencies. Let’s take a look at one – a bookcase with books set at randomly varying depths.

First of all books, if anything, will be more absorptive than reflective at any but the highest frequencies. Second, random depths do not generate random reflections over a predictable and controllable area. The width, height, spacing, and pattern of the wells of a diffusor are carefully calculated to make sure they generate a smooth and even scattering of the waves over a 180 degree angle. Third, without this carefully calculated spacing, we can cause frequency related aberrations due to constructive and destructive wave interactions from various reflections. We’re in effect getting very little of the benefit of sound diffusor panels while creating more issues in the frequency response.

Another myth is using CD/DVD cases or LPs in the same sort of random manner. In addition to the issues presented above, the cases themselves are so narrow that the frequencies that would be affected would be only in the highest ranges. Again, the width, depth, and pattern of the wells and peaks of a diffusor not only generate the proper diffuse pattern, but also determine the frequency range over which a diffusor is effective.

Q: Is it true that I have to sit far away from audio diffusion to make it work?
A: Well, yes and no actually. You need a certain amount of distance between the listening position and the sound diffusor to allow it to do its job. The closer you sit, the less chance the waves have to move farther from you and the less difference there is in the timing that they reach your ears. They’ll still have some effect but not as much.

Q: Is it true that you need to have a large room for diffusion to be effective?
A: Again, yes and no (seeing a pattern here? Every room is different). Normally, in a smaller space, one needs proportionately more absorption for bass control than in a larger room. This leaves less space for diffusion – not to mention the issues raised in the first question. However, diffusion can still be effective up high in the room to assist in killing slap echo and controlling the ‘zing’ in a room – especially a tracking room.

Q: What is the best place for diffusors?
A: This really depends on the situation and what you’re using the room for. Audio diffusion can be used up high in a room to kill slap echo, in the rear of the room along the side walls, in place of absorption on the ceiling, etc. The most common place to see diffusion in a studio environment is on the rear wall. However, many times, you’ll benefit more from absorption there to kill a strong bass null off the back wall.

Q: How would these help in a live tracking room?
A: In a live room, we want it to be as the name implies, relatively live. But, we still need to get it under control in terms of decay times. We also want to get that ‘big’ sound. Diffusion can help to eliminate echo and produce a nice large sound without killing too much of the liveliness. It does so by spreading the sound, causing it to move through more air and bounce off more surfaces which decreases the intensity of the sound. For decay time control, diffusion is normally used in conjunction with broadband absorption.