Diffusion is an enigma. On one hand, it’s probably the most famous mode of acoustic treatment, what with those sexy skyline diffusors that are so memorable; but it is also probably the most misunderstood of all acoustic treatment options. In addition it’s easy to get overwhelmed with the myriad of options for adding diffusion to a studio, theater, or listening room. While we have previously covered the various GIK options for higher-frequency acoustic treatment, we haven’t really gone into detail about what makes each type different and why you should choose one type of diffusion over another.

The fact is, there are several types of diffusion, and they all sound different: acoustically different from one another, from absorption, and from untreated reflective surfaces. The differences between them are often magnified when treating the small, domestic rooms most of us are working with. Let’s take a closer look….

If you need a refresher on diffusion basics, I recommend reading two articles: Diffusion Is A Wonderful Tool and Small Rooms, High Frequencies: A Well-Balanced Audio Room Using GIK’s Patented Treatments. These two articles give a great foundation to both diffusion theory in general as well as practical applications with GIK’s acoustic treatments.

To review a few basic “big picture” concepts on diffusion’s place in a treatment strategy, diffusion is one of three possibilities for acoustic treatment on a surface. The first and most familiar is absorption, which reduces or eliminates reflections by removing the sound energy from the room. The second is reflection, which means installing an angled surface to “aim” the reflected sound in a useful direction, typically away from a listener or a microphone. Diffusion is the third method, which produces “uniform dispersion,” meaning it scatters the sound evenly in all directions. The nature and properties of such scattering is what concerns us here. There are different ways to achieve scattering, with slightly different variations on each.

But what do we mean by scattering? Scattering isn’t a very precise term; usually when we say “scatter” in reference to sound, what we really mean is “dispersion.” And there are two broad types of dispersion relative to diffusion: spatial dispersion and temporal dispersion, which simply describe dispersion over Space and Time. To illustrate the point, let’s go to the billiard ball metaphor commonly used to describe sound reflections.

But, good diffusors also exhibit temporal dispersion, so imagine each billiard ball fragment emerges from the reflection at a slightly different time relative to one another, almost as if the fragments were being fired from a machine gun being wildly waved back & forth (across the plane of diffusion), until all the fragments were fired.

The important takeaway point is that a good diffusor scatters reflections across both space and time. So what are some diffusion designs, and how do they perform compared to one another? There are three broad categories of diffusion we will discuss: Reflection Phase Gratings, Geometric diffusors, and Binary Amplitude diffusors.

Reflection Phase Gratings are the older, and generally more familiar, mode of diffusor. It consists of a panel divided into wells, or grates, of equal width and variable (precisely calculated) depth. These grates can be one-dimensional (planar) or two-dimensional (skyline), meaning they diffuse sound across one plane (left-right) or two planes (left-right, up-down). There are several types of phase gratings, including Maximum Length Sequence (MLS), Quadratic Residue (QRD), and Primitive Root (PRD). The differences between them come from different mathematical algorithms used to calculate the well depth patterns. They perform similarly with a few important differences.

The different well depths provides spatial diffusion, since sound coming off the gratings will be aimed in various directions. It also provides temporal diffusion, since there are slightly different distances the sound must travel before it is reflected from the back of the well. In addition, each well is “tuned” to a different frequency (the wavelength of the well depth), and in close proximity to the well this resonance is audible. This is one reason why it’s good to be a certain distance away from a Reflection Phase Grating, putting those resonances far enough away that they are no longer audible.

In addition, this style of acoustic diffusor does not have truly even scattering in all directions; its scattering effect is optimized at the tuned frequency and its octaves, producing “lobes” in the scattering, with decent dispersion between each octave. To return to the billiard ball fragment analogy, this means fewer fragments of the “expoded” or diffused billiard ball, though they are evenly spaced.

But even with these limitations, a Reflection Phase Grating diffusor such as the GIK Acoustics Q7D or GIK Acoustics GridFusor are highly effective within their operating range. Provided they are used in situations where their strengths are maximized and their weaknesses minimized, they often remain the best option for overall acoustic diffusion performance when space and budget permit.

Geometric Diffusors are perhaps the simplest type of diffusor, in that they are simple reflective surfaces bent to a convex curved surface. This shape provides a different angle of reflection depending on the angle of incidence, providing an acoustic scattering effect and measurable diffusion. Geometric Diffusors also lend themselves well to hybrid designs; they can be both diffusive and absorptive. Diffusion performance is good for normal incidence, in other words, sounds that come from right in front of the poly diffusor. Diffusion performance for oblique incidence, or sounds that strike the diffusor at an angle, isn’t as good.

Geometric diffusors also benefit from being spaced out from one another. Putting 2 of the same shape directly adjacent to each other creates a concave shape between them, and can cause resonances by focusing soundwaves. Absorption is often a better choice for flanking a Geometric Diffusor. Used in the right way, Geometric Diffusors like the GIK Acoustics Polyfusor can also produce excellent results, particularly when used in combination with other acoustic treatments.

Binary Amplitude Diffusors are a different method of providing diffusion. Like reflection phase gratings they also rely upon mathematical sequences but rather than having wells of varying depths, they employ a sequence of surfaces that alternate reflection and absorption. This binary (reflect OR absorb) sequence creates variable impedance and creates diffusion. Diffusion can either be planar (one-dimensional) or two-dimensional.

Overall, diffusion performance may not be quite as good as reflection phase gratings, but this design provides several advantages:

Because of all these advantages, the GIK Alpha Panels are often a superior choice for small room acoustics. They provide diffusion with thinner, more aesthetically-pleasing panels that can be more easily integrated into small, household rooms, and also perform better in many circumstances since the listener can be closer to them, and multiple Alpha Panels can be placed next to one another without a performance hit from lobing. Alpha Panels also provide absorption at lower frequencies, which always helps small rooms. Furthermore, the front face of the Alpha Panel also provides a membrane effect, which increases the absorption at bass frequencies which, again, is very beneficial in small rooms.

As you can see, all types of diffusors have certain strengths and weaknesses. If there were only one type of perfect diffusor, then multiple options would be unnecessary. But all the options sound acoustically different from one another, and all the options can have a role in the treatment strategy for a given room. By going through the strengths and weaknesses of each design, you now have more information about the best way to add diffusion to your room. While corner bass trapping and absorption at reflection points remain the most important acoustic treatment strategies, effective use of diffusion can take a good room over the top and make it truly great for audio: listening, recording, mixing, or mastering.

As always, we are happy to help you strategize about which type of diffusion is best for your room and your budget with our many years of experience and patented GIK Acoustic treatments. Contact us for free acoustical advice. 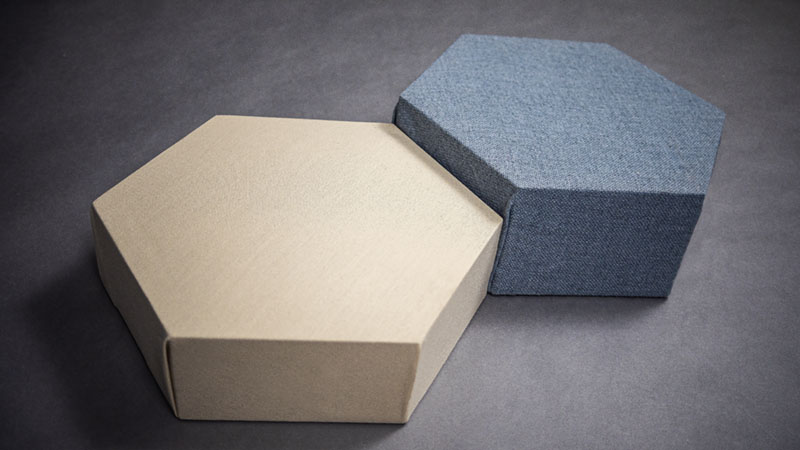 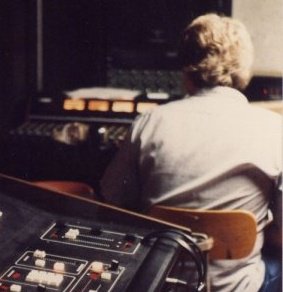